How do I delete a play?

One of the main purposes of tagup is social sharing.  An example of this is, you are filming and deleting every strike out or play your player doesn't reach base.  Imagine you are not recording, but the other team is, and the short stop makes the greatest diving play of the year, but the other parent deletes the video because their player didn't reach base?

Recruiters know every player strikes out and make errors, and some even say there is more to be learned by failure than success. They know players bat 3-4 times per game, and want to see every at bat.

With that being said, there still may be a reason to delete a play, as you may have filmed the ground or something.  If you 'hover' the video, you will see two icons, a pencil and a garbage can.  Simply click the garbage can to delete the video. 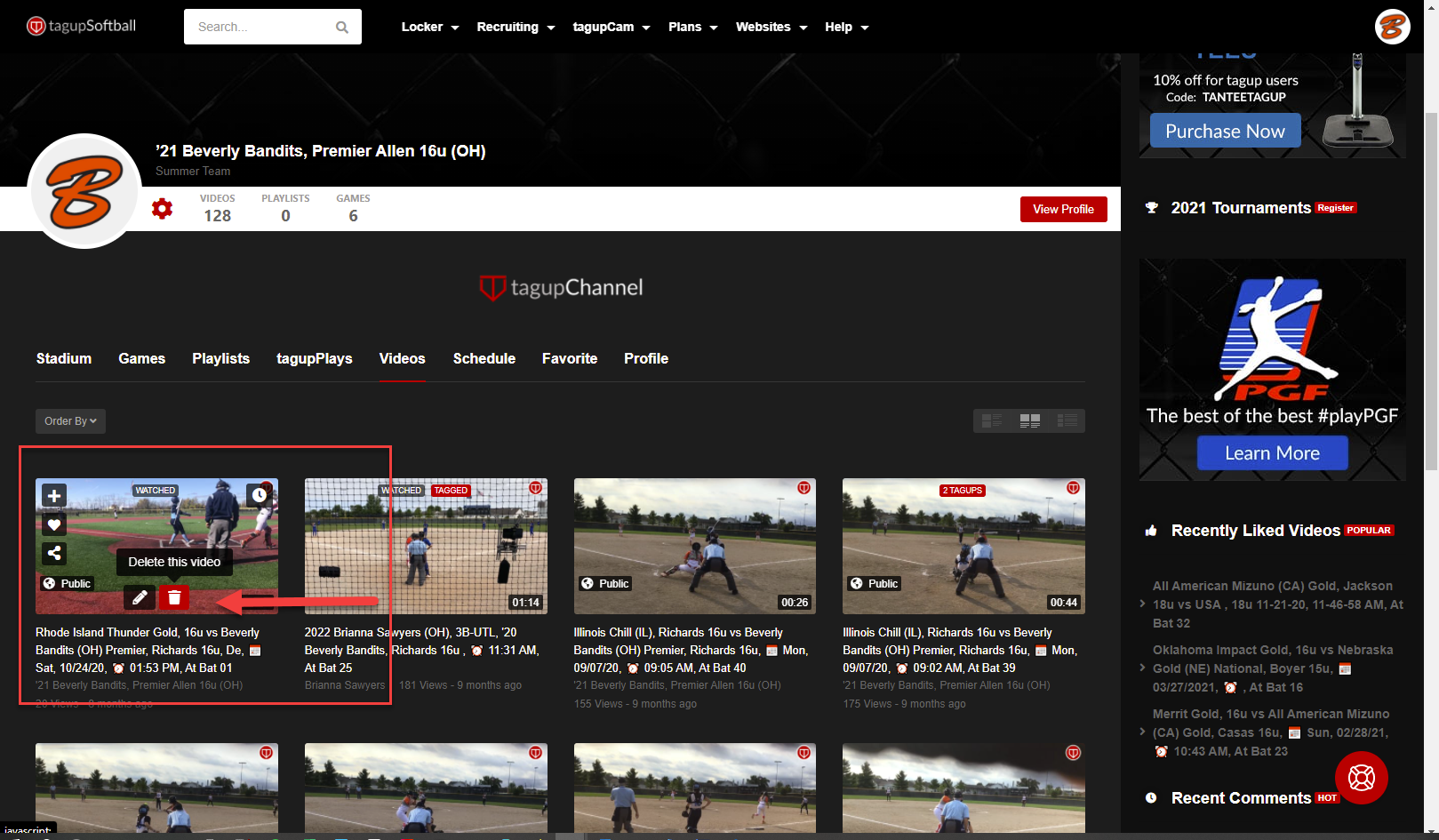